On 8 and 9 October, the “Amyloid imaging to Prevent Alzheimer’s disease” (AMYPAD) consortium held its annual General Assembly as a virtual meeting. We were delighted that the event brought together AMYPAD delegates to report on the progress of the project, to exchange ideas and discuss upcoming activities.

The AMYPAD collaborative research initiative was launched in October 2016 and is aiming to improve the understanding, diagnosis and management of Alzheimer’s disease through the utilisation of ß-amyloid PET imaging. Originally scheduled to be a 60-month project in total, ending September 2021, the AMYPAD project has been extended by 12 months to now come to an end in September 2022.

Frederik Barkhof and Gill Farrar, coordinators of the AMYPAD project, kicked off the General Assembly by welcoming over 90 attendees. Following on from the introductory session, the first session was held on the Diagnostic and Patient Management Study (DPMS). With a total of 844 patients randomized on 900 originally planned, the study recruited 245 people with Subjective Cognitive Decline, 342 with Mild Cognitive Impairment and 258 with dementia. In addition, all visits and scanning activities have been completed by sites. After that, a session was dedicated to the Prognostic and Natural History Study (PNHS). The study comprises collaboration among sites and parent cohorts in several countries across Europe. Currently there are eight active cohorts (i.e. EPAD LCS, EMIF-AD, ALFA+, FACEHBI, FPACK, UCL, Microbiota and 90+) recruiting participants into AMYPAD PNHS. The AMYPAD PNHS has currently consented 1,115 participants of which 1,081 have already undergone their amyloid PET scan (as 7th October 2021). Analysis of the data acquired in both studies has started and preliminary results were presented for both clinical studies. Following on from this presentation, a session around ethics and dissemination was held. Next, a roundtable discussion on the sustainability of the AMYPAD project was held, where different approaches on sustainability with related initiatives were presented and discussed. Then, the screen was given in turn to Elisabetta Vaudano (IMI) who gave a feedback on the AMYPAD progress and presented the Innovative Health Initiative (IHI). Finally, updates were provided on the management and financials.

On the second day, the AMYPAD consortium gathered for a scientific exchange and discussion on the technical developments. The WP2 “Tracer delivery, PET scanning and image analysis” team presented main findings and quantifications results from both clinical studies. Next, the floor was given to seven AMYPAD researchers to showcase their respective work in disease modelling. It was a great opportunity to get input from delegates. Gill Farrar and Frederik Barkhof then drew the meeting to a close, thanking all the participants for their active contribution to the meeting.

AMYPAD opted to hold the meeting in an online format. It was an invigorating General Assembly meeting to review the progress made so far, plan for the last year of the project and discuss the future of AMYPAD beyond IMI. The team is looking forward to a productive year ahead and to meeting everyone face to face again. 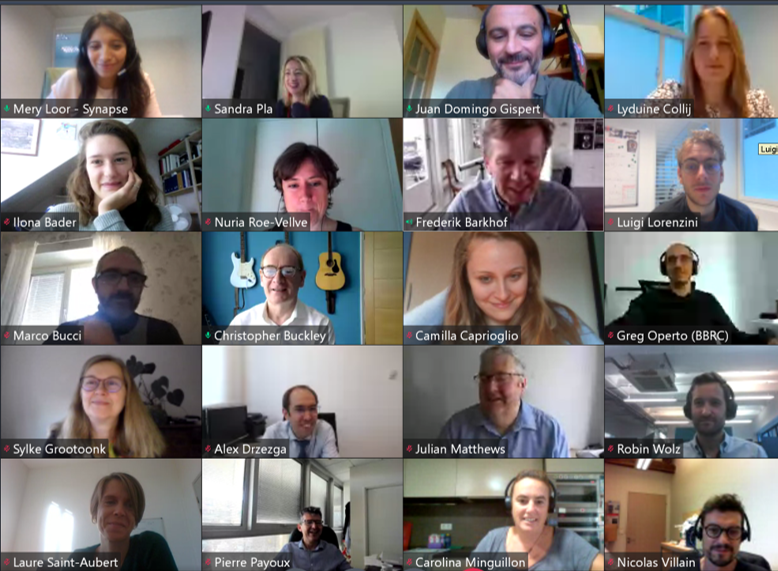