During the past quarter, the AMYPAD Prognostic Natural History Study (PNHS) made good progress, activating four additional sites. Submissions are in progress for remaining Wave 1 sites and all Wave 2 sites.

Since the previous newsletter, the PNHS study went from having one active site (VUmc) with 38 subjects accepting to participate and 25 scans performed, to having five active sites (VUmc, UEDIN, BBRC, CHUT, UNIGE). Considering the five active sites together, 175 research participants have already been invited to take part, of which 92 consented. During this last period, great progress was achieved with a total of 72 participants who have been scanned.

In addition, other wave 1 sites (KI and UKK) are undergoing reviews. We hope to hear good news from them soon. Wave 2 sites are ongoing submissions, with the expectation that the first Wave 2 site will be active by the end of Q2 2019.

AMYPAD PNHS recruits active participants from the EPAD Longitudinal Cohort Study (LCS). The list of eligible participants is therefore limited to the active members of this cohort. AMYPAD PNHS has recognised the need to engage additional ongoing cohorts from which to recruit and a number of potential non-EPAD cohorts have thus been identified. We are pleased that EMIF-AD participants are already in; the team at VUmc has already consented several EMIF-AD subjects.  Details of activation of other non-EPAD cohorts as parent cohorts for the PNHS are being finalised.

It is an exciting time for the PNHS. This ambitious Europe-wide project expects to recruit 2000 participants and follow half of them longitudinally within the next two years. Together, researchers and participants will help us understand the natural history of the early disease phases and define the optimal window of opportunity for secondary prevention of AD through β-amyloid imaging. 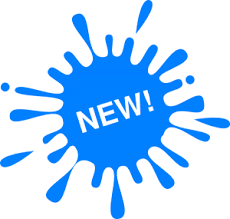