On 10 and 11 October, the “Amyloid imaging to Prevent Alzheimer’s disease” (AMYPAD) consortium gathered for their General Assembly (GA) meeting in Amsterdam, The Netherlands. The event was sponsored by VU University Medical Center (VUmc).

On the first day, the GA meeting officially started with a welcome by the chairs of the meeting Frederik Barkhof (VUmc) and Gill Farrar (GE Healthcare). They introduced the meeting objectives and reported the one year progress. After that, the diagnostic study was presented by Giovanni Frisoni (Université de Genève) followed by the prognostic study presented by Craig Ritchie (The University of Edinburgh). There was also a presentation on the tracer delivery by GE Healthcare and Piramal and the scanner certification process by IXICO. Marthe Smedinga (RUMC) reported then the ethics in AMYPAD for both the diagnostic and prognostic studies. Andrew Stephens (Piramal) continued with a talk on TAU PET imaging. Finally, each WP had the opportunity to present its remit and progress so far.

On the second day, Veronique Dekker and Sandra Pla (Synapse) gave an overview of the project management and the upcoming administrative tasks. A presentation was delivered on the regulatory strategy by Gill Farrar. There were also dedicated WP parallel sessions for WP2, WP3, WP4 and WP5. These work package sessions were enriched throughout feedback from the team and interesting discussions on risk disclosure and making scientific information understandable for research participants. Gill Farrar and Frederik Barkhof then recapitulated the days’ discussions and presented the next steps of the project, after which the GA meeting ended. 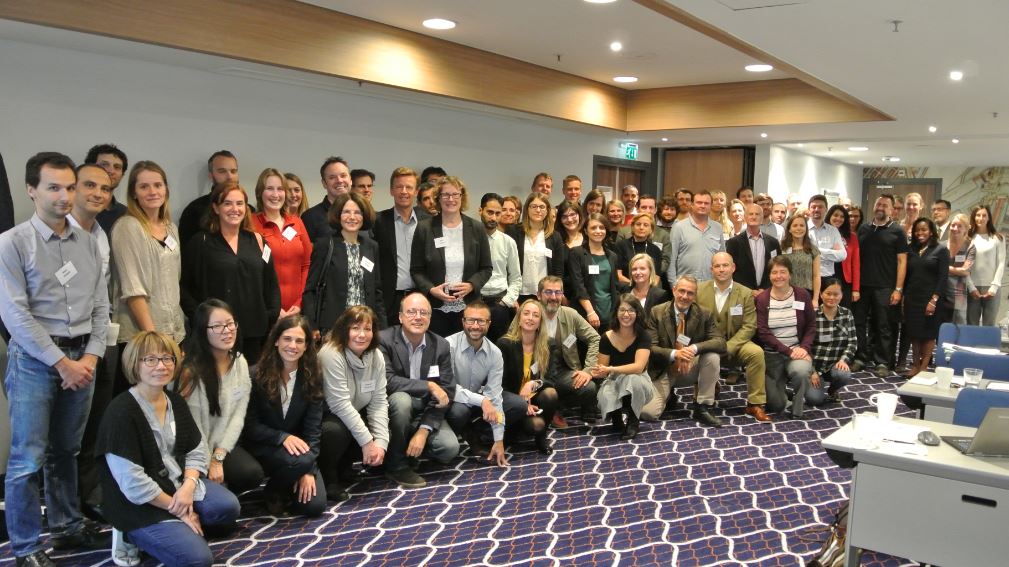