On 5 and 6 December 2017, Alzheimer Europe (AE) hosted its third annual Alzheimer’s Association Academy in Brussels, Belgium. The meeting was attended by 49 participants including representatives from AE member organisations, national Alzheimer associations and industry. An intensive and comprehensive agenda counted with 14 expert speakers.

The two-day Academy was a highly interactive event, with lots of time for questions after each of the five sessions, which focused on:

As part of these sessions, we were glad to see two speakers highlighting the AMYPAD project:

Both presentations were very well-received and participants had the opportunity to have a great overview of the AMYPAD initiative.

Here are Isadora’s impressions about the Alzheimer Association Academy.

“It was a great experience to participate, for the first time, in the Alzheimer Association Academy. Following all the presentations and presenting myself, the take-home message was how important it is that projects such as AMYPAD are communicated to those who are most involved in the fight against dementia. Being able to promote AMYPAD and discuss how our objectives are aligned with the needs and views of national Alzheimer Associations was of great value, and I hope we continue to increase our use of this communication channel in the future – we can all gain from it.” 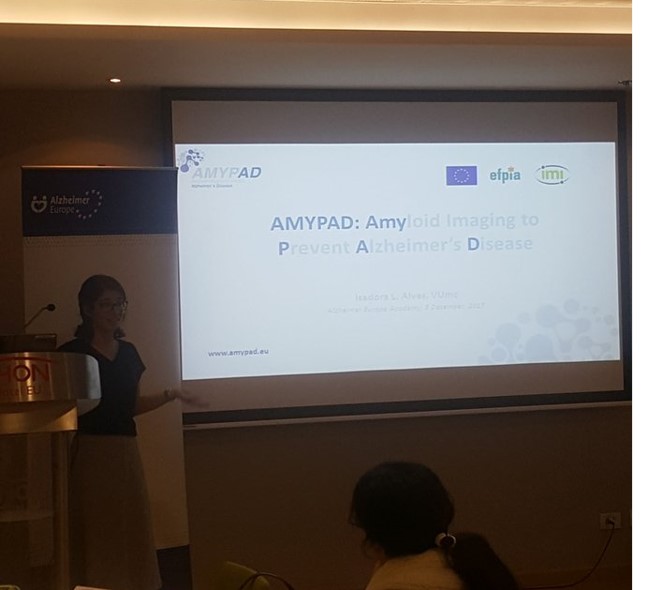