To better understand the natural history of ß-amyloid pathophysiology, the AMYPAD Prognostic and Natural History Study (PNHS) wants to leverage a Europe-wide network in close collaboration with EPAD and other non-EPAD cohorts to study the earliest stages of Alzheimer’s disease in a longitudinal and multi-modal fashion.

The PNHS team has had busy months since the recruitment of its first participant in October 2018 (Amsterdam, VU medisch centrum) focusing on the recruitment of participants into the clinical study. There are currently 483 European research participants taking part in the AMYPAD PNHS, of which 360 have been scanned (as of February 17th). The AMYPAD team made good progress with the activation of all currently planned Wave-1 and Wave-2 sites. There are now 17 active sites in the PNHS across 7 European sites.

A major milestone was achieved by the Barcelonaβeta Brain Research Center (BBRC) in February when the study members consented their 100th research participant in the PNHS. Congratulations to the team for their hard work! To date, BBRC is the second European research center with more participants recruited for the PNHS. The team at BBRC recruited its first participant in April 2019 and have already performed 74 scans.

According to Karine Fauria, head of Scientific Management at BBRC, “Our research participants want to be part of a global solution to Alzheimer’s disease; this is the reason why they find important to participate in a European collaborative research”.

Additionally, with the inclusion of the first non-EPAD cohort EMIF-AD Twin study in May 2019 into the study, efforts have been made to establish new data sharing agreements. Recruitment from the second non-EPAD cohort, the ALFA+ (established by BBRC) commenced in December 2019. With 200 participants expected from this cohort, recruitment at BBRC is expected to increase in the upcoming weeks and months.

According to José Luis Molinuevo, Scientific Director of the AD Prevention Program at BBRC and WP4 co-lead, “The Alzheimer’s prevention plan at BBRC is fully committed with AMYPAD; among other tasks we are co-leading the PNHS, which has resulted in a wonderful opportunity benefiting both AMYPAD and the ALFA+ participants that are willing to undergo their longitudinal amyloid PET through AMYPAD”.

Hard work is also ongoing to allow additional non-EPAD cohorts to join the PNHS, with participants from the FACEHBI and FPACK cohorts already being enrolled at Barcelona and Leuven (February 2020). With the engagement of additional sites and parent cohorts in the PNHS, the recruitment rate is expected to greatly increase over the next months to reach out the study participants target (n=2000). 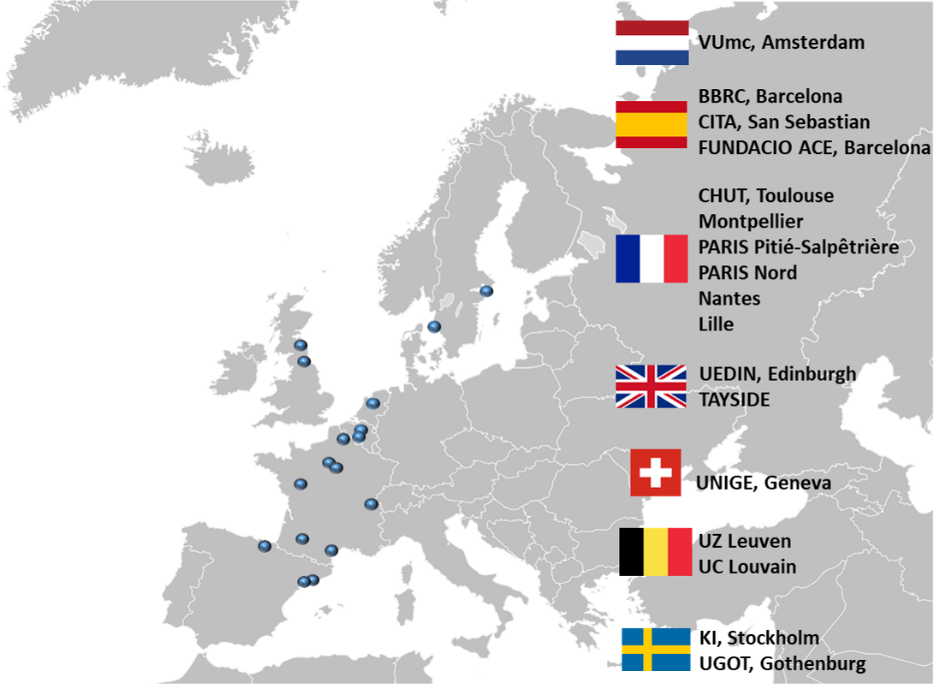