The development of the full protocol was a dynamic process, initiated by Craig Ritchie and Serge van der Geyten, and later strongly supported by the teams at the Vrij Universiteit Medische Centrum in Amsterdam (VUmc) and GE Healthcare. Several meetings were held to discuss the integration of the AMYPAD PNHS protocol with the ongoing EPAD Longitudinal Cohort Study (LCS), so as to leverage as much as possible on the structure of EPAD LCS while delivering high quality data in the PNHS. In addition, several rounds of review took place so that every partner involved in the study could contribute to the final design and integration between the two projects. In the end, the team was very satisfied with having developed a study protocol that will produce crucial scientific information on the natural history of Alzheimer’s disease while having enough flexibility to allow for effective integration with EPAD LCS in every participating centre.

The AMYPAD PNHS is planned as an open label, prospective, multicentre, cohort sub-study of the EPAD LCS. AMYPAD PNHS will include EPAD LCS participants who are amyloid-positive, amyloid-negative and those in a so-called grey‑zone of amyloid load, with a target distribution of 20% amyloid positive, 60% grey-zone and 20% amyloid negative. Up to 3200 participants enrolled in EPAD LCS will be recruited into AMYPAD PNHS. All participants will be invited for a baseline amyloid PET scan (either a dynamic or a static scan), and approximately 50% of these participants will be invited for a follow-up amyloid PET scan 1-2 years later.  The results of the PET scans are blinded to investigator and participant.

The study is sponsored by University of Edinburgh, who recently completed their risk assessment of the protocol and the protocol will be submitted to the relevant regulatory authorities very soon. Other practical and logistical aspects of study set up are in the process of being finalized in order to enable recruitment to begin as soon as all the relevant regulatory approvals are in place. 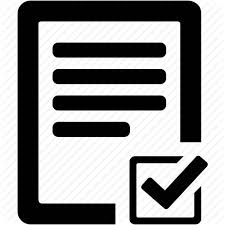