As an IMI project, AMYPAD is highly interested in collaborating and sharing knowledge in order to take the necessary next steps in Alzheimer’s research. This October, a workshop was held at the University of Edinburgh, Scotland, with the intent of promoting the direct collaboration between projects in the IMI Alzheimer’s Disease (AD) platform.  This cross-IMI Disease Modelling Workshop was organised by the European Prevention of Alzheimer’s dementia (EPAD) project.

For three days, researchers and industry put their heads together to make progress in the field of disease modelling, a relatively new and exciting line of research that will hopefully lead to important insights in Alzheimer’s disease. The AMYPAD team was represented by two VUmc researchers (pictured), Isadora Lopes Alves (Post-doc) and Lyduine Collij (PhD).

During the workshop, researchers from various backgrounds discussed current gaps in our knowledge regarding the early phase of Alzheimer’s disease, the ability to estimate individual disease prognosis to patients, and the improvement of treatment monitoring, as current clinical trials are  focusing on prevention.

The workshop was structured into three main topics: 1) Clinical Perspective, 2) Drug Discovery, and 3) Systems Biology. Each topic was introduced by an expert on the matter, followed by presentations about possible modelling approaches to be used in the presented context, and finalized with an active discussion on possible model implementations and improvements.

An important realization from the meeting was that statisticians, clinicians, and industry partners all share a common goal, and, consequently, also deal with the same issues. It was concluded that by combining efforts and specialties we can move forward.

At the end of the workshop, the group identified the most important questions that need to be addressed in the near future. Due to their relevance, it was decided that the next meeting will take place in 6 months, instead of the usual year.

The workshop in Edinburgh was a clear example of a welcome change in research and the goal of IMI AD projects: to move from competition between research groups, towards big projects working together. By combining knowledge, will, and large datasets, the necessary steps and insights are hopefully just a few analyses away.

The AMYPAD project has received funding from the Innovative Medicines Initiative 2 Joint Undertaking under grant agreement No 115952. The Joint Undertaking receives support from the European Union’s Horizon2020 research and innovation programme and EFPIA.

The EPAD project has received support from the Innovative Medicines Initiative Joint Undertaking under grant agreement n° 115736, resources of which are composed of financial contribution from the European Union’s Seventh Framework Programme (FP7/2007-2013) and EFPIA companies’ in kind contribution. 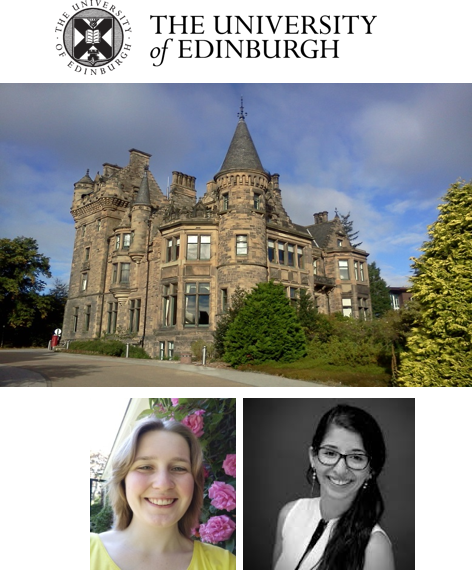