The Diagnostic Patient Management Study (DPMS) of AMYPAD includes research participants who sought medical advice for their memory complaints. Some of the participants do not have objective clinical symptoms. Others do, but can still live independently. In the DPMS, these participants will undergo an amyloid test that, if positive, reflects an uncertain but increased risk to develop dementia in the future. If negative, it means that people do not have an increased risk to develop dementia, but the possibility cannot be ruled out.

How to inform people of being at an uncertain but increased risk to develop Alzheimer’s dementia –one of the most feared diseases of ageing? This is one of the questions that the ethics group of AMYPAD tries to answer. One of the main ethical challenges in the process of disclosing Alzheimer biomarker results is to avoid diagnostic misunderstandings. These misunderstandings may, for example, arise from the recently changed meaning of term ‘Alzheimer’s disease’ in the context of research.

Awareness of potential differences in the understanding of the term ‘Alzheimer’s disease’ between researchers and research participants may avoid possible misunderstandings when disclosing amyloid test results. Therefore, the ethics team of AMYPAD is investigating the similarities and differences in meanings of the term ‘Alzheimer’s disease’ in scientific research articles and national newspapers. The results will provide insight in how the biological understanding of Alzheimer’s disease relates to the portrayal of the disease in the general media, which can inform communication guidelines of how to disclose amyloid results to research participants. 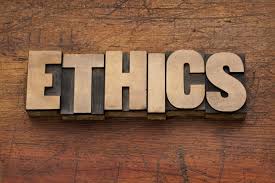