The past year has been of great progress in AMYPAD and important advances have been made for both the Diagnostic and Patient Management Study (DPMS) and the Prognostic and Natural History Study (PNHS). In this piece, we wanted to reflect back on some of the key achievements made by each Work Package (WP).

Thanks to the Project Management Office and the WP1 (Overall project governance and management), the second Periodic Report of AMYPAD has been submitted to IMI.  The team organised the second AMYPAD General Assembly where AMYPAD members and collaborators had a productive two-day meeting in Berlin (Germany). They also coordinated the preparatory work for the IMI Mid-term Review meeting held in December in Brussels (Belgium) and played an important role in the development and submission of three key project deliverables through 2018. They also worked on a proposal of budget distribution for the first scans in both studies.

Since the first activities for setting up the technical and logistic parts of AMYPAD, WP2 (Tracer delivery, PET scanning and image analysis) also had a productive 2018. Most preparatory work has been finalised, including certifying the sites participating in both studies, finalising the acquisition protocol for dynamic images, and initiating the quantification of the first set of images acquired in the Diagnostic Study successfully. It was also crucial to have WP2 looking into the feasibility for bringing in additional sites to the Prognostic and Natural History study, an activity that becomes even more relevant in 2019. In the period ahead, these tasks will continue, and the images acquired in the Prognostic Study will also start undergoing quantification.

Since its first recruitment in May, the DPMS sponsored by the University of Geneva (Switzerland) has already recruited 76 participants. The past year has seen another five sites coming on board. We are glad that the AMYPAD DPMS protocol has been approved in Switzerland, Netherlands, Spain, France, Sweden and Germany. The teams in Amsterdam (VUmc), Barcelona (BBRC), Toulouse (CHUT), Cologne (UKK) and London (UCL) have received approval by their ethical committee, signed their contract with the sponsor and committed their site initialisation visits. In the meantime, WP3 (Diagnostic and patient management study) is awaiting approval from the Swedish ethical committee. Edinburgh (UEDIN) is also close to be ready as the final approval is expected in March. We hope to hear good news from both sites soon. It has also been very rewarding, since the site initiation is now performed at Geneva, Amsterdam, Toulouse, Cologne and Barcelona with currently 173 patients in AMYPAD DPMS spread across the active sites. The London site is expected to be up very soon as the first patient in is expected anytime.

Similarly, a major milestone was achieved for the PNHS since WP4 (Risk stratification: natural history and enrichment strategies) has successfully finalised its study protocol and its governance and operational structure. After the great news of ethical and regulatory approval of the PNHS study received in September in Amsterdam, the team at VUmc has recruited the first PNHS participant in October. Since the first recruitment, 25 other participants have received the initial PET scan. The VUmc team has already contacted 67 participants of which 38 have already agreed to participate. In addition, BBRC and UEDIN received their local approvals and the site initiation visit should be scheduled early March. Other wave 1 sites (UNIGE, CHUT, UKK, KI) are all lined up for approvals and the expectation is that these main wave 1 sites will all be actively recruiting by the end of the first quarter in 2019. We are all looking forward to the year ahead. WP4 is locking down additional details of its management for participation of wave 2 sites and the inclusion of non-EPAD cohorts.

In parallel with the two clinical studies, WP5 (Monitoring treatment: quantifying patient-specific efficacy) has been extremely active in finalising the first set of analyses which will help better understanding the process of amyloid accumulation and its relationship with other biomarkers of disease progression. Several interesting results were shown during the General Assembly and have been presented at international conferences across the globe. In 2018, more partners gained access to existing datasets and the team has seen an increase in analyses and output, with the first WP5 paper having been submitted for peer-review recently. In 2019, the team moves towards more advanced models and cross-partner collaborations – it should be a productive year for the team, with many expected scientific outputs.

Amongst many highlights, the AMYPAD consortium has already developed several publications and more are coming up this year. The team behind WP6 (Ethics, communication and dissemination) provided a big support for the communication and dissemination of AMYPAD outputs. The communication team coordinated the production and the regular maintenance of the communication tools (i.e. website, newsletter, Twitter, Research Gate, YouTube) and kept track of every potential opportunity for disseminating the project. A social media support was provided for AMYPAD researchers who presented relevant results at scientific conferences such as HAI, NRM, AAIC, EANM, CTAD and AEC. In parallel, the ethics team within WP6 was busy by providing guidance on potential ethical issues identified for both the prognostic and diagnostic studies. They have been setting up a qualitative interview study to investigate the psychological, behavioural and social consequences of disclosing amyloid PET imaging results to research participants. To further improve ways to inform research participants of the meaning of their amyloid PET imaging results, the ethics team is investigating where potential misunderstandings may arise due to the new lexicon for Alzheimer’s disease in research.

The last year has been really exciting for our project with the commencement of both the diagnostic and the prognostic studies. As a consequence, 2019 is going to be a crucial year for AMYPAD as we need to make rapid progress and deliver significant impact in order to achieve the three key project objectives below:

We look forward to the busy months ahead and hope to share great outputs with all of you soon! 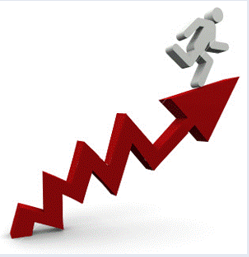