The primary objective of the AMYPAD Prognostic and Natural History Study (PNHS) is to evaluate the value of quantitative PET amyloid imaging measures for predicting progression within an Alzheimer's disease risk probability spectrum based on quantitative PET amyloid imaging measures, with or without other biomarkers. Through an intimate collaboration with EPAD and other non-EPAD cohorts, we will leverage a Europe-wide network, with all the necessary training and instrumentation to study the earliest stages on the path towards Alzheimer’s disease in a longitudinal fashion. 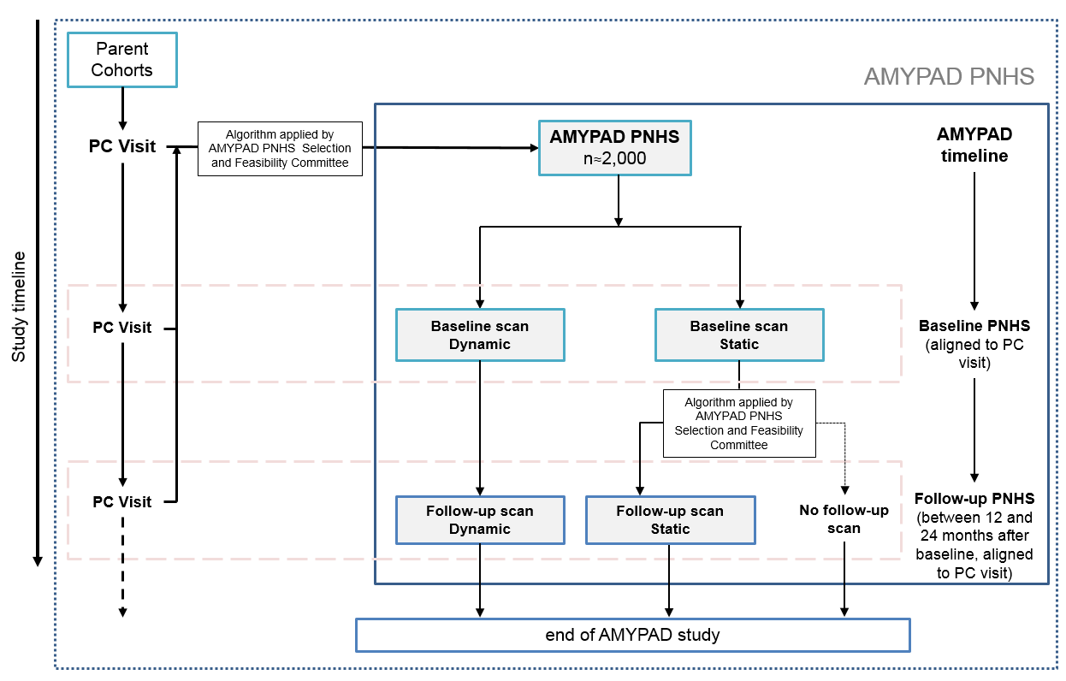 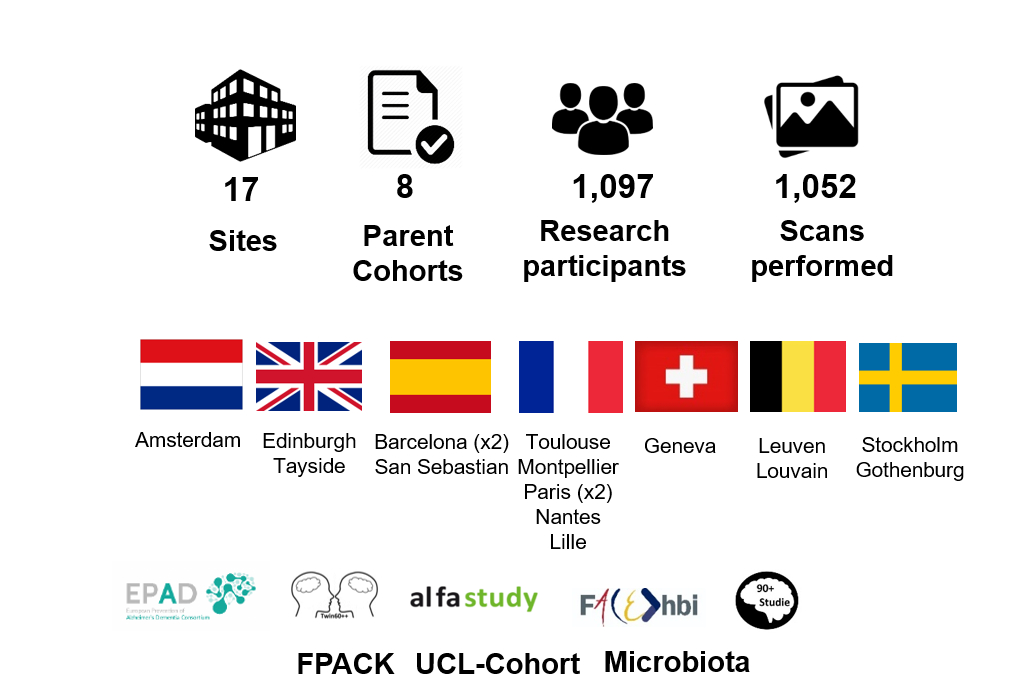 This project has received funding from the Innovative Medicines Initiative 2 Joint undertaking under grant agreement No 115952. This Joint Undertaking receives support from the European Union’s Horizon 2020 research and innovation programme and EFPIA.